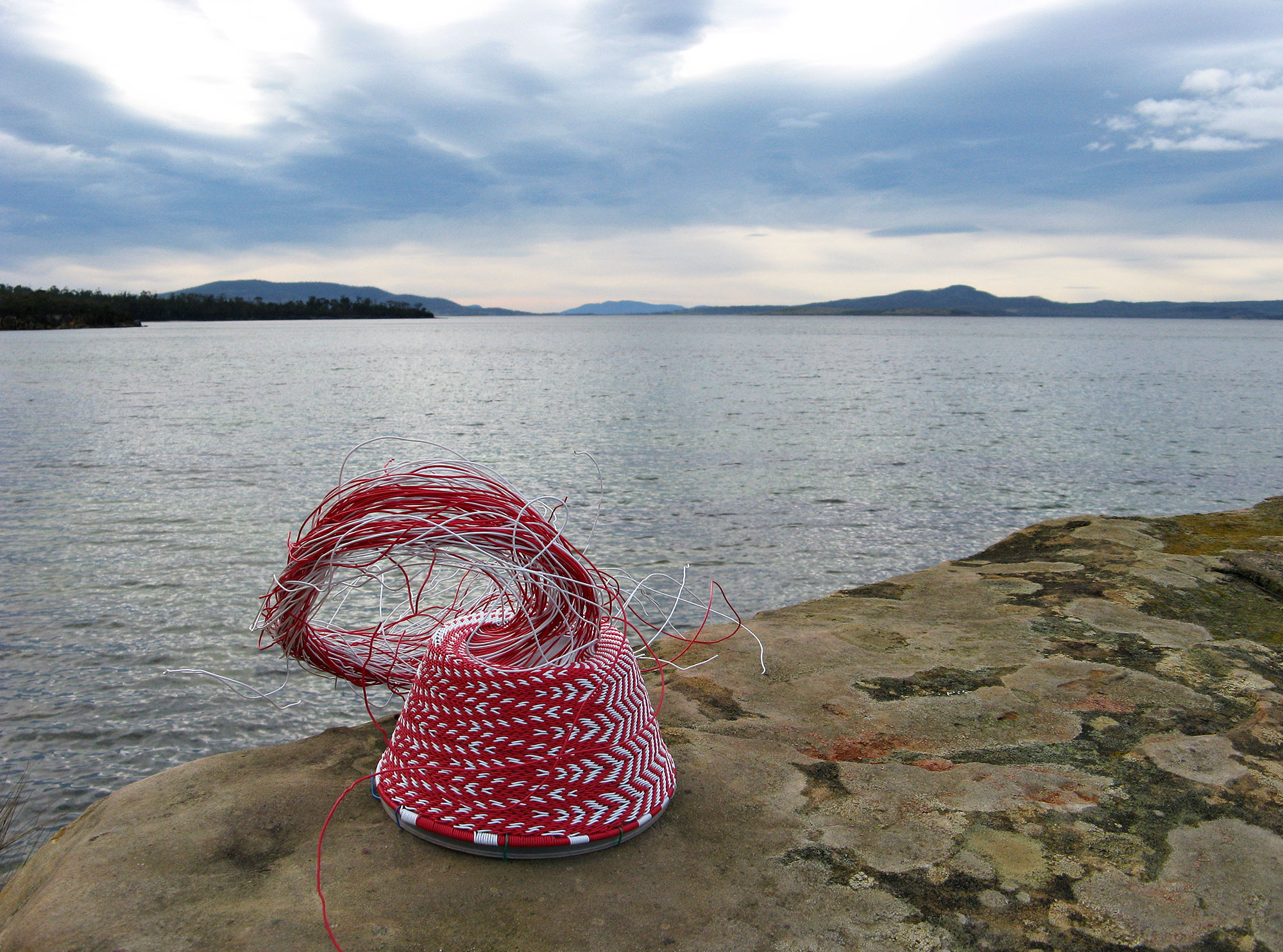 We haven’t been able to get out walking much in the last few months and the recent wild weather has made me more inclined to snuggle down to weave in front of the wood fire than to pull on my walking boots! However, last Sunday presented a relatively calm and clear day between storms, so we headed down to the Tasman Peninsula for a gentle stroll around the very pretty Lime Bay State Reserve.

We parked in the car park at the Main Shaft of the Coal Mines Historic Site and set off down the Inclined Plane to Plunkett Point. This section of the track was richly strewn with Cladia retipora, which was looking particularly bright and spongey after all the rain. Apparently Cladia retipora was the first lichen to be described from Australia. I’ve been admiring it for all this time and didn’t appreciate that little historical gem.  We continued north along a coastal track – past the old convict quarry – until we found a private little beach that was perfect for a spot of lunch, lichenology and weaving. Despite being blissfully calm it was quite overcast, so basket photography proved quite challenging. Nevertheless, I think these pictures capture the tranquility of the spot. After a long and lazy lunch, we continued further along the track but it became a little too overcast and gloomy for further photography.

It’s a very pretty area and one we’d like to return to for further exploration. The track is quite poorly marked after the convict quarry, tape markers are infrequent and signs are non-existent. We had hoped to make it over to Lime Bay and loop back round to the car park, but the tapes marking the track kept disappearing so at about 4pm we decided to turn around and return the way we had walked in. On the drive back we were treated to a spectacular sunset over Norfolk Bay; I wish I’d stopped to take a picture of it!

Baskets by Colour and Pattern